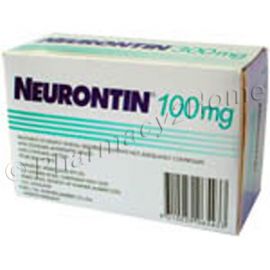 Generic Neurontin is an anticonvulsant drug prescribed to prevent seizures in persons suffering from epilepsy. It is also prescribed for treatment of neuropathic pain (postherpetic neuralgia). This drug has been FDA-approved in 1994 for epilepsy and in 2002 for postherpetic neuralgia. Non-approved uses of this drug include treatment of alcohol and cocaine withdrawal, persistent hiccups, restless legs syndrome, headaches, fibromyalgia, hot flashes and hyperhidrosis.

The active ingredient of Generic Neurontin is gabapentin, which is a GABA (neurotransmitter gamma aminobutyric acid) analog. It increases the concentration of GABA, enhances its responses and reduces the release of mono-amine neurotransmitters. That way this drug is able to prevent seizures and to reduce painful responses of the nerves.

Generic Neurontin should be kept at room temperature, away from direct sunlight and moisture and out of the reach of children and pets.

Generic Neurontin is an oral medication. It is swallowed whole, without chewing or splitting it, with some water, regardless of meals.

Signs of an overdose with Generic Neurontin may include severe drowsiness, fatigue, weakness and slurred speech. If you suspect an overdose, please seek immediate medical attention.

If you happen to miss a dose, take the drug when you can, but do not make up for the missed dose if the next scheduled one is near. Never take the double dose to catch up.

Caution is recommended for people suffering from kidney and liver problems and mental or mood disorders. This drug may make you dizzy. If it does, avoid driving and operating heavy machinery. Avoid alcohol during treatment with Generic Neurontin. This drug may interact with antihistamines, anxiety drugs, sleeping pills, muscle relaxants and narcotic analgesics. Avoid drugs that cause drowsiness as a side effect.

Generic Neurontin may cause drowsiness, dizziness, fatigue, poor coordination, blurred vision, tremor and unusual eye movement. Side effects that should be reported to a doctor include swelling of the feet, ankles and hands, fever, cough, sore throat, depression, suicidal tendencies and other mental changes, chest pain, dark urine, changes in the amount of urine and allergic reactions with symptoms such as rash, hives, swelling, difficulty breathing, irregular heartbeat, fainting, seizures and coma.

Generic Neurontin is particularly effective against focal seizures, and it is also indicated in treatment of partial or mixed seizure disorder. When it comes to generalized epilepsy, there is no sufficient evidence of the benefits of this drug. As for pain management, Generic Neurontin may be helpful for fibromyalgia and chronic neuropathic pain, where it was found to be just as effective as other drugs and often cheaper.

Generic Neurontin should not be used in case of previous allergic reactions to gabapentin, for persons who have a history of suicidal thoughts or attempts, for those with severe kidney impairment, severe depression and myasthenia gravis.

Take Generic Neurontin for as long as your doctor has told you. Do not stop using it on your own.